THE CEIBA: AXIS OF THE MESOAMERICAN WORLD/MIRROR OF CLIMATE CHANGE IN THE CARIBBEAN

The study proposed here first traces the ceiba’s status as “charismatic megaflora” representative of large ecosystems of great biodiversity that function as a form of buffer against the effects of climate change. It examines, secondly, its central place in the worldview of several peoples of the American tropics from the earliest stages of human presence in the American tropical zone—perhaps the most important being its centrality in the Mayan cosmogony, as narrated in the Popol Vuh, where the creative gods plant four ceibas to mark the four directions of the cosmos, with a fifth ceiba at the center, in whose roots they located the Xibalbá or Mitnal that was the abode of the dead, connected to the gods’ dwelling. Thirdly, it examines the role of the ceiba in Afro-Caribbean cultures as either entrances to the underworld, to the residence of creatures such as jumbies or duppys, or as the centerpieces of Edenic or paradisiacal garden. These three thematic strands are brought together through a discussion of a range of visual representations of the ceiba that underscores the trees’ deep connection to the environmental imagination in the Caribbean across the centuries: Mayan pottery, 19th-century Cuban landscapes-with-ceiba paintings, early 20th-century postcards, late 20th-century Jamaican cotton-tree paintings, early 21st-century art photography, and finally, the dramatic photographs of the ceibas damaged by hurricanes Irma and Maria in 2017.

AMAZON PARROTS OF THE CARIBBEAN: AN ENVIRONMENTAL BIOGRAPHY.

The multidisciplinary book project weaves environmental history, post-colonial and ecocritical theories, conservation science, and archival research to construct the narrative of one family of endemic Caribbean birds against the background of the political, economic, and social forces that led to its decline and (perhaps) recovery. It traces the Caribbean Amazon’s parrots history through the archeological record; the relationship to the indigenous populations; their role as colonial IOUs, symbolically standing as representative of the wealth of the Indies; the impact of deforestation and the plantation on the species; their evolving relationship to the peoples of the region; their emergence as national symbols since independence; and the efforts to restore the Caribbean forests as necessary to the preservation of the various species.

The project is supported by a Visiting Research Fellowship at the David Rockefeller Center for Latin American Studies at Harvard University. 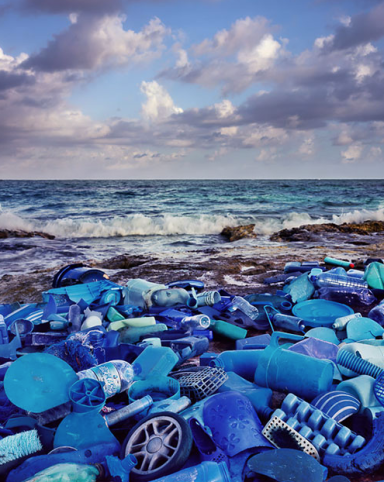 The book examines, through the prism of ecocritical theory, a set of photographs, paintings and installations produced by artists within the last fifteen years to reflect the growing “troubling” of Caribbean waters. The project looks primarily at artists’ approaches to the spaces where salt and fresh waters meet—disappearing mangroves, beaches covered in plastic flotsam, endangered coral reefs, flooded coastal plains—as troubled spaces where natural, historical, cultural and economic tensions coalesce. My analysis of these works (many of which incorporate materials drawn from the sea as artistic material) will serve as an entry into the rich expressive possibilities open to 21st-century Caribbean environmental artists and the theories that underpin their work. These photographs, paintings and installations metaphorically underscore how Caribbean nations and peoples have been marked by their proximity and dependence on the sea.

This environmental humanities book project offers a comparative multidisciplinary analysis of climate change resilience among the populations of four Caribbean cities threatened by rising sea levels and expected to undergo far-reaching changes by the year 2050: San Juan (Puerto Rico), Santo Domingo (Dominican Republic), Trinidad (Cuba) and Cartagena de Indias (Colombia). The study looks at these UNESCO World Heritage cities’ resilience as measured by government and civil society’s response to environmental threats, focusing on emerging environmental “narratives” through which civil society (environmental organizations, activists, writers, journalists and artists) encapsulate the tales engendered by their city’s environmental history and present needs for climate change adaptation plans. The project builds upon the theoretical and methodological tools developed under the aegis of the environmental humanities for the study of narrative in post-colonial ecologies in the Caribbean region, seeking to push the boundaries of post-colonial ecocriticism to encompass a broad variety of urban voices engaged in the urgent task of averting (or at the very least mitigating) rapidly approaching ecological crises.

José Martí: A Lifeis my on-going biography of the leader of the Cuban War of Independence, a man known as “the supreme hero of the Cuban experience”—“the embodiment of everything sacrosanct about the Cuban psyche.” The project seeks to chronicle Martí’s life against the complex background of his historical moment (1853-1895), but without privileging the revolutionary hero over the private man, the modernist writer, or the judicious critic of the burgeoning North American empire. Its point of departure is that the Martí of legend is a far less interesting man than the multitalented individual whose commitment and choices brought him to an early but glorious death.

This book project is a multidisciplinary, comparative study that looks at artist’s representations of the landscapes and peoples of the Caribbean in the period between the end of U.S. Civil War (1865) and the Spanish American War. My main focus is on how, through the nuances of representation of Caribbean landscapes and peoples during this period, we can read the complexity of responses to a rapidly changing political and economic landscape as the United States begins to encroach onto Caribbean territories still precariously controlled by European powers. Using a variety of multidisciplinary approaches, the project looks at the work of seven interconnected painters who worked in the Caribbean between 1865 and 1898—Frederic Church, Martin Johnson Heade, Camille Pissarro, Fritz Melbye, Francisco Oller, Paul Gauguin, and Winslow Homer. The multiplicity of gazes through which we come to view the Caribbean during these years reveals how wrought with discord, how laden with significance representation became during this crucial period. Each one of the artists included in the study reflects a view of the Caribbean as a portal to “America,” a vision that could encompass virginal landscapes, exotic peoples, flora, and fauna, and prodigious mineral and agricultural wealth while reflecting the local need to concretize borders, to carefully balance extra-territorial alliances, and narrow their definitions of local space so as to foment the development of a national consciousness—in the North as well as the South.