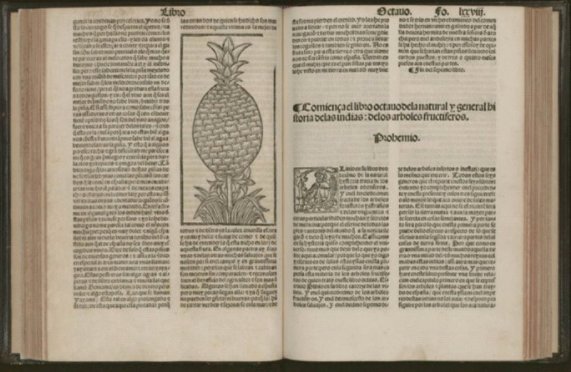 A digital project, edited with Michael Aronna (Vassar College) dedicated to Gonzalo Fernández de Oviedo’s Historia General de las Indias, now in the early stages of development, which will include an annotated version of its fifty books in the original Spanish, and a full translation into English of the complete text (the first ever) as well as critical and interpretative material.

Gonzalo Fernández de Oviedo (1478–1557) was one of the most important early chroniclers of the Spanish conquest of the Americas. The Historia general y natural de las Indias (General and natural history of the Indies) was his most important work. The 19 books of the first part of the history were published in Seville in 1535 and the first book of the second part, in 1552, but the complete work was not published until 1851–55 by the Spanish Academy of History. Oviedo, in addition to his gifts as a historian, was an important ethnologist and naturalist. He played, according to the Library of Congress, a “key role in the history of American science, especially biology, as he was the first to study and describe, with great accuracy, many species of animals and plants.”